South By Southwest Returns To Austin 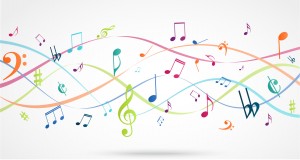 If you have been stumped on fun things to do this spring, mark your calendar to attend the South By Southwest Music, Film, and Interactive Festival. One of the premier events in Austin, SXSW has become on of the most popular festivals in the world. This year, the event will run from Friday, March 13th to Tuesday, March 17th.

Austin had laid its foundation as a great music city long before SXSW was founded in 1987, but the festival has helped cement its artistic importance. From its humble beginnings of 700 attendees, the festival now brings 79,000 people from all over the world to the area to celebrate art and technology.

While the festival began purely focused on music, it has expanded to include a film conference and offer an interactive technology portion as well. Over two thousand musical acts will take the stage over the five days, even as the festival also hosts one of the film industry’s leading conferences. The interactive portion brings the greatest minds in the technology industry together for expos, trade shows, awards, and networking. The music, film, and interactive portions converge to create this unique, culturally important event.

SXSW aims to welcome creative and thoughtful people and companies into a space where they can meet people from all over the world, share their passions, and grow their careers. Austin serves as the host for this great meeting of the minds each year.

Are you working with an insurance agency that understands your local community and is invested in best serving it? Contact Central Insurance Agency in Austin for all of your Texas insurance needs. We are here to help you get the coverage you need to protect your home, auto, business and more. Call us today!