Memorial Day – A Day of Remembrance 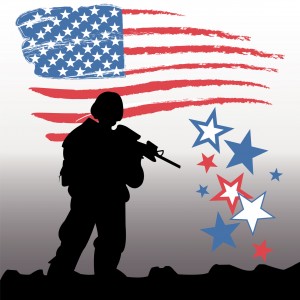 Memorial Day, originally called Declaration Day, is a day to remember all the men and women who have served in the United States armed forces. Always celebrated the last Monday of May, many people observe the day by visiting memorials and cemeteries and decorate the graves of fallen servicemen, or getting together with loved ones.

Declaration Day was started by General John A. Logan, who was a leader for an organization for Northern Civil War veterans. He chose May 30th as a nationwide day of remembrance since it was not the anniversary of any particular battle. During the first Declaration Day, General James Garfield made a speech at Arlington National Cemetery, and approximately 5,000 participants decorated the 200,000 graves of Union and Confederate soldiers that were buried there. Most of the Northern states had similar celebrations, while the Southern states honored their dead on separate days until after World War I.

In 1966, the federal government proclaimed Waterloo, New York as the official birthplace of the holiday because the city of Waterloo hosted an annual, community-wide celebration in which local businesses closed and residents decorated the graves of soldiers with flowers and flags.

Memorial Day continued to be observed on May 30th until Congress passed the Uniform Monday Holiday Act, which then established Memorial Day as the last Monday in May. The same law also declared Memorial Day as a national holiday. Memorial Day has expanded to honor all fallen service men and women, instead of just those who passed in the Civil War.

Central Insurance Agency would like to thank all the men and women who have served in the armed forces!