The 10,000 Maniacs at The One World Theater in Austin 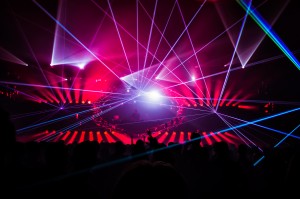 On Friday, July 18th, one of the most critically acclaimed bands of the past three decades, the 10,000 Maniacs, will be performing at the One World Theatre in Austin, Texas. The concert begins at 7:30pm and ends at about 9:30pm.

The 10,000 Maniacs are the definition of college rock and can be accredited for being one of the first alternative rock bands. Founded in 1981, the 10,000 Maniacs were able to gather followers through their powerful, danceable, original music that was socially conscious.

Gaining millions in sales and fans, the 10,000 Maniacs are known for “Hey Jack Kerouac,” “What’s the Matter Here?” and “Candy Everybody Wants.” In addition, “These Are Days” sold more than three million copies and landed the band a spot on Rolling Stone Magazine’s 100 Most Influential Bands of All Time list. The unplugged remake of the classic, “Because the Night” sold over four million copies.

The band has been preparing for their 30th Anniversary Summer Tour since 2011 and is ready to impress! The band has done something that has never been done before! Combining Traditional Folk Songs with British Isles, the band has titled their latest album, “Twice Told Tales.”

Don’t miss this amazing opportunity to see 10,000 Maniacs  and prepare for a night of fun!

Central Insurance Agency encourages you to take advantage of all that our beautiful community has to offer. We have been providing Austin residents with personalized insurance services since 1958. Contact us today for all of your insurance needs. We are always available to answer any and all of your questions.